Toggle the Widgetbar
Filter
You are viewing Category Tag Date

Take a break from wedding planning & check out our Trivia & Traditions: 35 Fun Facts about Weddings. Maybe they’ll inspire an idea for your big day!

Ah, your wedding day … perhaps the most important day of your life! Everything about it, from the ceremony to the venue to the guests, is steeped in tradition. But as you’re choosing your wedding gown, and considering colors for your bridesmaids dresses, we invite you to take a little break.

Everything from seemingly silly superstitions – like a spider in your wedding dress is good luck – to why getting married is called “tying the knot,” we’ve collected 35 totally fun – and probably not-so-well-known – facts about your upcoming nuptials.

So put down that wedding gown guide, get yourself a cup of coffee or tea, make yourself comfortable, and enjoy our little romp through time and tradition.

It’s not unusual that many, if not most people don’t know the origin of the traditions they hold near and dear when planning a wedding. Today’s’ global culture has assimilated traditions from just about every part of the world into one big event that we now call The Big Day. Check out these thought-provoking, and sometimes downright funny, traditions that inspired weddings as we know them today.

The English believe that finding a spider in your wedding dress brings good luck.

Saturday is considered the unluckiest day to marry. This is ironic since Saturday is the hands down the most popular day to get married.

Czech tradition calls guests to throw peas at the newlyweds instead of rice.

Swedish brides put a silver coin from her father – and a gold coin from her mother – in each shoe to make sure that she’ll always have enough silver and gold in her new life.

In the Finnish tradition, brides went door-to-door, collecting gifts in a pillowcase, while accompanied by an older married man, a symbol of long marriage.

According to Dutch tradition, a pine tree planted outside the couple’s home is symbolized both fertility and luck.

The Western tradition of wearing a white wedding dress was begun by Queen Victoria in 1840.

Greek brides tucked a lump of sugar into their wedding gowns, believing this would bring sweetness to the marriage.

The traditional wedding cake began in ancient Rome as guests would break a loaf of bread over the bride’s head for fertility.

The Ancient Roman goddess Juno represents marriage and childbirth. This gave rise to the massive popularity of June weddings, which still holds true today. The next most popular month is August.

Stag parties were first celebrated by ancient Spartan soldiers. They said a final goodbye to their bachelor days with a raucous party.

In the latter part of the 15th Century, diamonds set in gold or silver became a favorite betrothal ring of wealthy ancient Venetians.

Green is a taboo color in Scottish weddings because it’s the color of fairies and is a symbol of revenge. It’s even considered unlucky to eat green vegetables during the wedding.

In several countries, including Germany and Greece, the bride would attempt to cover her husband’s foot while dancing as a way to establish dominance in the relationship.

Moroccan brides took milk baths to purify themselves before the ceremony.

Also in Egypt, the family of the bride took care of all cooking duties for one week to allow the couple to relax.

It’s a South African tradition for the parents of the bride and groom to carry fire from their hearths and light a new fire in the hearth of the newlyweds.

In some African countries, it’s tradition to wish the bride, “May you bear 12 children with him.

In the Middle East, henna is painted on the hands and feet of the bride. This is a Muslim wedding ritual and is believed to protect against the evil eye.

White is the traditional color of brides and her ensemble in Japan. This tradition was already being observed long before Queen Victoria made it a custom in the Western world.

Korean weddings are much more colorful. Red and yellow is typically worn by the bride during the wedding ceremony.

Other Wedding Traditions and Trivia

Why does the groom carry the bride across the threshold? To protect her against spirits from below.

Why are engagement rings worn on the left ring finger? It was believed that a vein ran from that finger directly to the heart.

Nearly 70% of all brides now wear a diamond ring on the fourth finger of the left hand.

Why are pearl engagement rings bad luck? Their shape resembles a tear.

One of the earliest engagement rings was presented to Princess Mary, the daughter of King Henry VIII, when she was only two years old.

In the US, seventeen tons of gold are turned to wedding rings every year.

An aquamarine engagement ring symbolizes harmony within the marriage and is traditionally believed to ensure a long marriage.

On her wedding day, actress Grace Kelly wore a dress made from 125-year old lace.

The most expensive wedding ever was between Sheik Rashid Bin Saeed Al Maktoum’s son and Princess Salama in Dubai in 1981. It cost over $44 million.

Last but not least: Why is it called “tying the knot?” Because in many cultures, the hands of the bride and groom were are together as a symbol of their commitment to each other.

Click HERE or on the image below to check out this great article:

Handfasting at Weddings: Why It’s Not Just For Pagans and Witches

Isn’t this great stuff? And whether you believe in the power of tradition or not, it’s always nice to know why weddings are such a big deal, and not just to you, but to everyone around you.

Now you also know that, as you celebrate your new married life, you’re sharing in the traditions of both your ancestors and your fellow brides in other countries, making your beautiful wedding day truly a global experience!

Don’t miss our velvet dresses—all brand new! Click HERE or on the image below for Velvet Bridesmaids Dresses 2021 Sneak Peek:

For the very best ideas for planning your wedding and adapting to circumstances that may have delayed your big day, Click HERE or on the image below for DaVinci Bridal blog:

Day-of Coordinator or Wedding Planner: How to Choose?

15 Things Not to Wear to a Wedding – DaVinci Bridal

How to Choose Your Wedding Dress by Body Type: 6 Important Tips

Off the Shoulder Bridesmaids Dresses for 2021 – DaVinci Bridal

How to Reschedule (Not Cancel!) Your Wedding – DaVinci Bridal Blog

Off the Shoulder Wedding Dresses & Gowns for 2020

How to Choose Your Bridesmaids Without Going Crazy – DaVinci Bridal Blog

Engagement Ring Personalities: What the Cut of Your Ring Says About You!

You’re Blushing: Wedding Gowns with a Kiss of Pink

Color Me Lovely: Wedding Gowns with a Hint of Tint

The Long & the Short of It: 6 New Bridesmaids Gowns with Eye-Catching Hemlines – DaVinci Bridal Blog

Will You Help Me Tie the Knot? 14 Ideas for Bridesmaid Proposals – @DaVinciBridal Blog 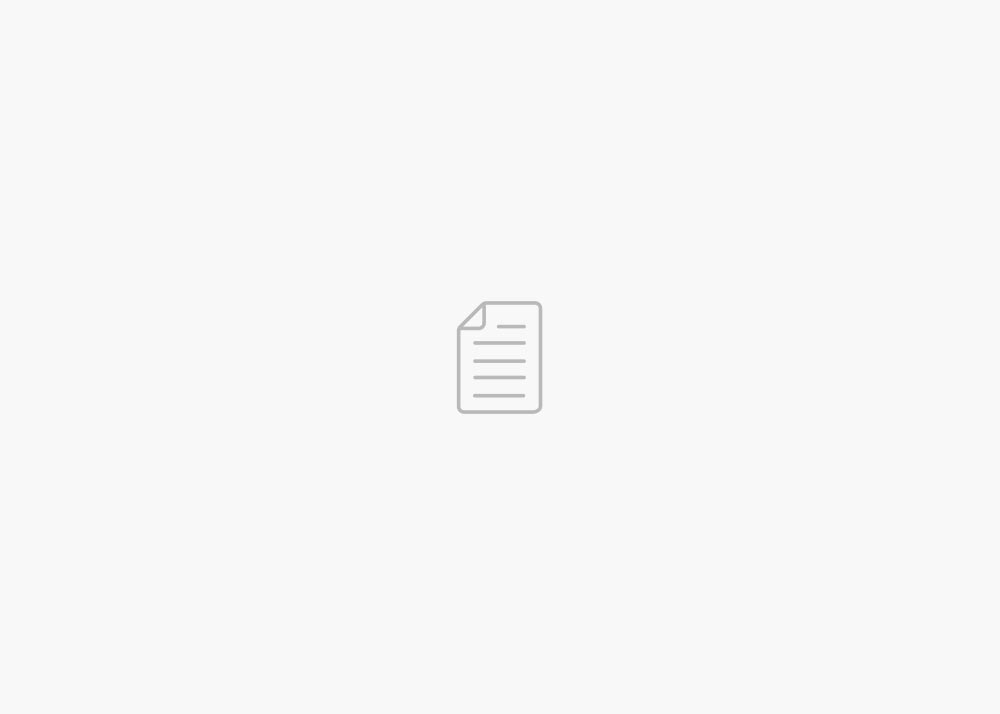 12 Reasons Not to Hire a Wedding Planner – DaVinci Bridal Blog

12 Wedding Favors That Really Are Only $1! – DaVinci Bridal Blog

Bridesmaids Dressed in Prom Gowns? Why Not! – DaVinci Bridal Blog

Engagement Etiquette: How to Handle an Heirloom Ring

6 Tips for Choosing Your Wedding Dress by Body Type

14 Elegant Ways to Add Red to Your Wedding

Let Me Be Your Sweetheart: 14 Ultra-Romantic Strapless Sweetheart Wedding Gowns

Roses are Red: 7 Crimson Dress Ideas for Your Bridesmaids

Romance is In the Air: 14 Soft Chiffon Dresses for Your Attendants

Ladies in Lace: 9 Head-to-Hemline Lace Dresses for Your Attendants

10 Steps to a Great DIY Wedding

Not Just Another Bridesmaid Dress: Sequin Evening Gowns for Your Attendants

Veil or No Veil? How to Answer the Question

11 Must-Do’s to Book a January Wedding

How to Keep Your Guests Comfy at your Outdoor Wedding

8 Great Gifts for your Groom-to-Be

Bridesmaids Dresses: from Boring to Breathtaking in 10 Easy Steps

Wedding Budget 102: 11 More Little Things that can Break the Bank

A Gift for your Groom: 10 Tips for Picking the Perfect Watch

How to Find the Perfect Wedding Dress using 6 Easy Questions

7 Suggestions to Guarantee a Non-Boring Wedding

Top 5 Engagement Ring Blunders & How to Avoid Them

Wedding Budget 101: Little Essentials that Count for a Lot

How to Preserve Your Wedding Gown: 6 Important Tips

The History of Wedding Gowns: A Brief Review

How to Shop for Your Wedding Gown: 8 Quick Tips

Bridezilla to Laid Back Lady: Which of These 9 Wild Brides Are You?

The Bride’s Wedding Day Guide: The Only 6 Things You Must Do

Your Wedding Day Team: Top 5 Point People to Depend On

10 Tips for Writing Your Wedding Vows

How to Accessorize Your Wedding Gown: Going Beyond Borrowed and Blue